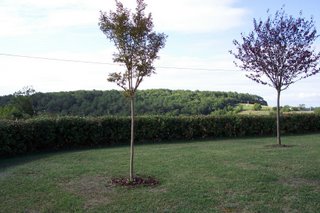 Wow what a week for the heat, its been amazing.

Normally I’m on holiday when its this hot, and not thinking about work, let alone doing any. In Europe we often comment that the pace of life is so much slower and after working through this week I think I know why. Its virtually impossible to keep functioning and keep up the pace when its this hot, my brain just doesn’t seem to have been able to co-ordinate as efficiently (as someone said to me yesterday its because your body is focusing on keeping cool).

Although I have to say I have really enjoyed not charging about and dashing from this place to the next (my normal style)! Its nice to slow down for once and as its summer time a lot of people seem to be taking a bit of time out.

Two people I’ve been working with on their career transition both commented recently that having the opportunity to get off the “work merry go round” has been really useful, its given them the time to reflect and think about what they really want to do.

They also both commented that what they thought they wanted to do changed over a period of time, so having time out is valuable. For them not leaping into the next job, which would not have been the right one. Yet slowing down is not a natural style for a lot of us.

The other comment that has stuck with me this week is from someone else I’m working with, again on career transition as they are facing redundancy, he explained to me that so many people want to make a mark on life, to build an empire or to leave a little something of themselves behind. Yet he found the native Indian tradition more appealing, he explained further that this involved the concept that you came, you lived, you experienced, but you left no trace. He used the analogy of going on a picnic – you pick the most picturesque spot you can find, you lay the picnic out, you enjoy the view, the food and the drink and then you very carefully pack everything away, taking all your rubbish home and leaving everything as you found it so that the next person who comes along says its so beautiful, its so unspoiled, no one has ever been here before.

Are you a make a mark person or more of a native indian person?

This site uses Akismet to reduce spam. Learn how your comment data is processed.

I’ve left my job, what should I put as my title on LinkedIn?

If you are on garden leave you technically don’t need to alter anything at all.  If it’s part of your exiting contract that you change this then that’s a different matter. A lot of people Read more…

I can’t believe how redundancy has hit me, I feel like someone has died.

The symptoms of bereavement don’t just apply to when someone has died they also apply to some of the many changes that occur through life, be this a divorce or job loss. Very often subconsciously Read more…

I feel unfulfilled in my job, but it’s not a good time for me to leave.

Waking up in the morning and feeling that dread that you have to go to work is a horrible feeling.   And there are times when it might not be the right time to look for Read more…